This course introduces the principles, practices and methods of Forensic Archaeology and Forensic Taphonomy as applied to the outdoor crime scene

This ten day course will introduce participants, including law enforcement investigators, medicolegal professionals, and university students to the principles, practices and methods of Forensic Archaeology and Forensic Taphonomy as applied to the outdoor forensic scene. Video lectures and virtual practical exercises involving crime scene mapping and recovery of mock outdoor crime scenes will be used to describe state-of-the-art methods available to investigators during the documentation and recovery of physical evidence, including human remains, from a variety of outdoor contexts, including large-scale searches, surface-scatters, and buried body features.

Informative video training vignettes related to the production of the hand-drawn map, the use of the electronic total station, survey-grade GPS, and aerial drone documentation, among many others will be presented. Focus will be on the interpretation of past activities at the outdoor Death Scene through Outdoor Crime Scene Reconstruction. 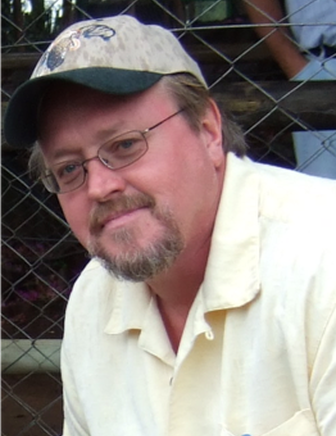 Dr. Dirkmaat is the Chair of the undergraduate program in Applied Forensic Sciences and the Masters of Science in Anthropology (Forensic and Biological Anthropology Concentration) at Mercyhurst University, in Erie, PA. Dr. Dirkmaat has conducted over 400 forensic anthropology cases for nearly 40 coroners, medical examiners and the state police in Pennsylvania, New York, Ohio and West Virginia. He has published articles on the role of archaeology and forensic anthropology in forensic investigations, fatal fire scenes and mass fatalities.

Dr. Dirkmaat has been a member of the Federal Government’s Disaster Mortuary Operational Response Team (DMORT) since its inception. Dr. Dirkmaat serves as a consultant for international companies involved in the recovery and identification of victims of plane crashes from around the world as well as other mass disaster events. He has completed two major grant projects for the design of national scene processing protocols for mass disasters, terrorist attacks and fatal fires by the National Institute of Justice, US Department of Justice. As an instructor, Dr. Dirkmaat has nearly two decades of experience organizing training courses and lecturing for local, state and federal agencies in the US, Mexico, Chile, Canada and Spain. He has also presented over 70 lectures and papers discussing forensic investigation and anthropology at numerous regional, national and international meetings.

This course has been presented each summer for the last 28 years and represents the longest running short course devoted exclusively to forensic anthropology and forensic archaeology in the world.

Disclaimer: The following courses were created for educational purposes only. They contain extensive discussions of principles and practices from the discipline of forensic anthropology with images of crime scenes and human remains for illustrative purposes. All of the cases have been anonymized (no specific location, nor specific individuals will be identified) and they have been adjudicated and/or permissions obtained from the proper authorities to use them for educational or research purposes.